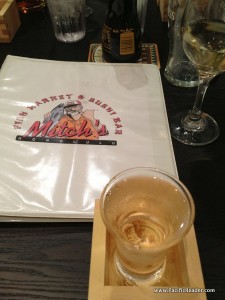 Recently, Steve and I met some friends at one of our favorite sushi restaurants Mitch’s Honolulu Fish Market and Sushi Bar . We were surprised to find that Mitch’s had a newly expanded their dining room. 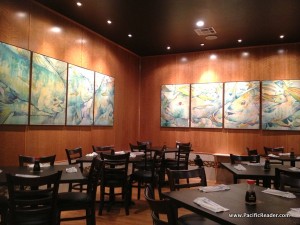 The waitress explained to us that the new area had only been open about a week.  I really liked the new seating area, but Steve was a little sad to see the modern changes.  We also found out that Mitch (who the restaurant is named after and owner Craig Mitchell’s father) had passed away about a year ago. We were all saddened about the news and will miss seeing Mitch who was often seen in the restaurant greeting patrons and talking story with them (we were some of those patrons).

Even though we didn’t dine in the same warehouse setting that we were use to, we still had attentive friendly service and of course enjoyed some of the freshest seafood, sashimi, and sushi found here on the island. 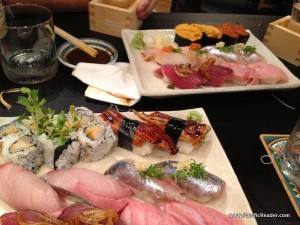 Despite the “smaller” portions, Mitch’s is still one of the more generous sashimi and sushi restaurants on the island.  I will continue to go back again and again to Mitch’s for the freshest seafood, friendly service, ability to BYOB excessive amounts of alcohol, and yes the lobster miso soup! 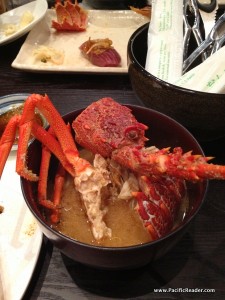