You are here: Home / Get it off Your Chest / Congratulations Ben Cayetano

The people have spoken and want change on Oahu. The battle has just begun, and it’s going to be a challenging couple of months leading up to November’s election. 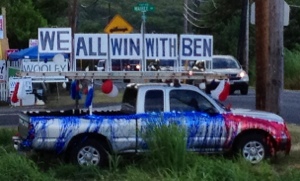