August 12, 2012 the Fowler Honeymoon begins! Via Hawaiian Airlines, Steven and I flew from Honolulu to New York City.

After having a couple of Pualani gold cocktail drinks, eating some complimentary food, putting up with a whinny toddler kicking my chair half the flight, playing Ipad video games, watching a Street Fighter Chun-li movie, and getting no sleep we arrived at JFK airport at 6 am and hit rush hour traffic! 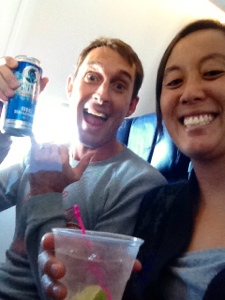 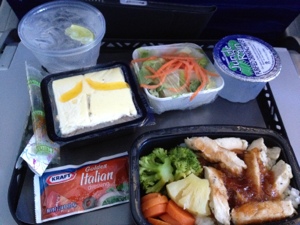