You are here: Home / Jet Setting / Island Hopping / Looking for Surf on the South Shore of Kauai 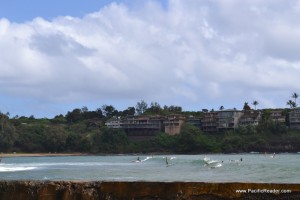 While in Kauai, Steven and I were on the hunt for surf and despite it being November there was a smallish south swell.  We went driving around to a few beaches in the Poipu area and even checked Nawiliwili Bay, but only found some mushy 2 foot waves.  We opted to drive up north and ended up getting a fun session in at Hanalei Bay.  Here are some photos of our south shore discoveries…